The Wawel Castle was built at the behest of Casimir III the Great, who reigned from 1333 to 1370, and consists of a number of structures situated around the central courtyard.

The Wawel Royal Castle and the Wawel Hill constitute the most historically and culturally important site in Po­land. For centuries the residence of the kings of Poland and the symbol of Polish statehood, the Castle is now one of the country’s premier art museums.
The dragon of Wawel Hill

The Wawel Dragon (Polish: Smok Wawelski), also known as the Dragon of Wawel Hill, is a famous dragon in Polish folklore. His lair was in a cave at the foot of Wawel Hill on the bank of the Vistula River.

A popular version of the Wawel Dragon tale takes place in Kraków during the reign of King Krakus, the city's legendary founder.

Each day the evil dragon would beat a path of destruction across the countryside, killing the civilians, pillaging their homes and devouring their livestock.The King certainly wanted to put a stop to the dragon, but his bravest knights fell to its fiery breath. In desperation, the King promised his beautiful daughter's hand in marriage to anyone who could defeat the dragon. Great warriors from near and far fought for the prize and failed.

One day a poor cobbler's apprentice named Skuba accepted the challenge. He stuffed a lamb with sulphur and set it outside the dragon's cave. The dragon ate it and soon became incredibly thirsty. He turned to the Vistula River for relief and drank and drank. But no amount of water could quench his aching stomach, and after swelling up from drinking half the Vistula river, he exploded. Skuba married the King's daughter as promised, and they lived happily ever after. 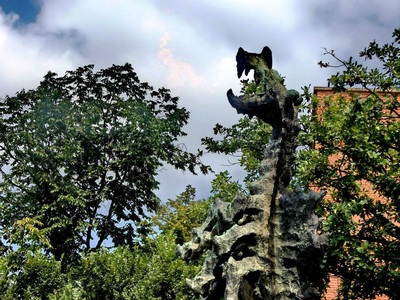 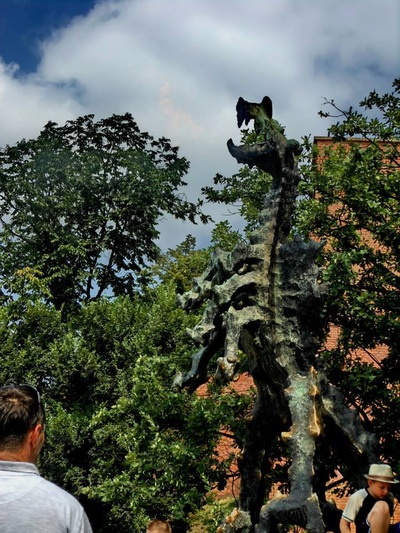