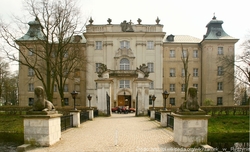 Rydzyna castle, "the gem of Polish baroque" is located between the historic town of Rydzyna and a 12-hectare park. The castle in Rydzyna was built at the beginning of 15th.  For centuries it was the family residence of King Stanislaw Leszczynski. Together with park and surrounding areas, it was one of the most splendid palaces in Great Poland.
The White Lady from the Rydzyna Castle

Once upon a time a woman with two children was living in the castle. Her husband was killed in a war. She wanted to get married again but the children made it impossible. That is why she killed them and immured in the castle. For that act she was punished and has been still serving the sentence. As the legend says every year, on the eve of All Saints Day, it is possible to meet the White Lady in an old chapel at midnight. A ghost of a woman in white shroud can be seen kneeling on the steps of the altar. The priest- skeleton starts saying the mass. There are also two skeleton altar boys. During the mass the White Lady prays and goes to confession. She mentions all her sins and asks for absolution. The priest replies that the time has not come not in this year. The candles extinguish suddenly and the whole apparition disappears. Only in the castle halls and in the surroundings one can hear cries and quiet footsteps. 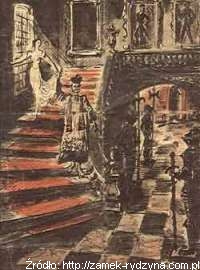 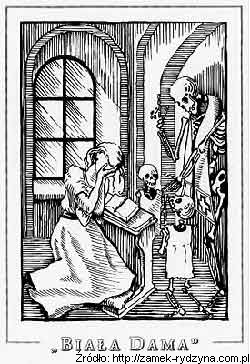 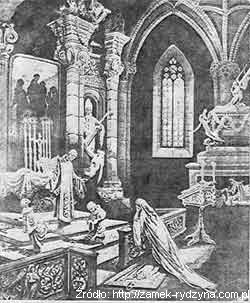